A man who lost both of his legs to sepsis has teamed up with Kettering General Hospital and the UK Sepsis Trust to form a new support group.

He was rushed to hospital with suspected sepsis after his wife Margeret noticed he had developed symptoms of vomiting, slurred speech and confusion at home.

He  spent more than a month on KGH’s Intensive Care Unit and suffered septic shock and multi-organ failure. As a result he lost both legs, six fingertips and his sense of touch.

The Kettering, Corby, Wellingborough and District Sepsis Support Group is being launched on Monday, July 1, from 6.30pm-8pm, in the Community Room at the Tesco Superstore, Victoria Park, Turnells Mill Lane, Wellingborough.

David, 67, said: “Margaret and I have been involved with supporting the UK Sepsis Trust through fundraising and speaking to medical professionals at conferences about the importance of recognising the symptoms of sepsis.

“But as my own journey has progressed Margaret and I realised that we wanted to do something to help the survivors of sepsis – and those relatives or friends of patients who have also been affected.

“So we approached the UK Sepsis Trust and Kettering General Hospital to form a sepsis support group for north Northamptonshire.”

KGH Sepsis Nurse Practitioner, Amy Wride, said: “We have been working hard at KGH to improve sepsis awareness for several years now but we were very aware that once a person leaves hospital after having had sepsis there was no dedicated support group in Northamptonshire.

“So when David and Margaret came to us to suggest setting one up we were very happy and enthusiastic to support them.”

Sepsis kills more people each year than bowel, breast and prostate cancer combined. It is also more common than a heart attack with more than 250,000 cases per year in the UK.

In February last year David became suddenly unusually unwell again and his wife dialled 111 and asked if it could it be sepsis. He was admitted to KGH, spent four days in intensive care and his sepsis was successfully treated with antibiotics.

He said: “One of the reasons we wanted to start the support group was to help people who are recovering from sepsis and to help theirs familes and friends.

“The support group will be an opportunity for people who have been affected by sepsis to talk about what happened to them, to share their concerns and experiences, and help each other in their recovery.

“I had the benefit of a psychologist who listened to me and helped me to cope with the way that my whole world had changed as a result of the sepsis.

“I think talking about it really helped me and I hope that talking things through in the support group will help others to come to terms with what has happened to them and help them to get on with their lives.”

The support group will run once every three months and be based in Wellingborough. Initially it will be led-by Lead Sepsis Nurse from the UK Sepsis Trust, Larry Matthews, with David and Margaret as Lead Volunteers, supported by KGH’s Sepsis Nurse Specialists.

Mr Matthews said: “Recovery from sepsis can vary greatly. It’s estimated that up to 25% people will experience significant problems after sepsis and, for some, these will be life changing, affecting their ability to return to work and education and impacting on family life and personal relationships.

“The UK Sepsis Trust help to facilitate a number of sepsis support groups around the UK.

“These are informal meetings, run on the principle of peer support with the presence of healthcare professionals to offer some input and advice.

“Support groups give people the opportunity to share their experiences of sepsis in a safe and supportive environment.

“David and Margaret have done tremendous work in raising awareness of sepsis in their work volunteering for the UK Sepsis Trust; but they are also passionate about supporting others who are recovering from sepsis and sharing their experiences.

“We are delighted to be working with them alongside KGH sepsis lead Amy Wride to establish a sepsis support group in Kettering.

“One of UKST'S four main aims is to support those affected by sepsis and each group that opens helps us to achieve this aim.”

For more information on the group contact 0808-800 0029 or support@sepsistrust.org

If you have a minor injury or illness or need urgent treatment Corby Urgent Care Centre is here for you, as well as visiting NHS111.

You can book your appointment to be seen at Corby Urgent Care Centre by visiting 111.nhs.uk 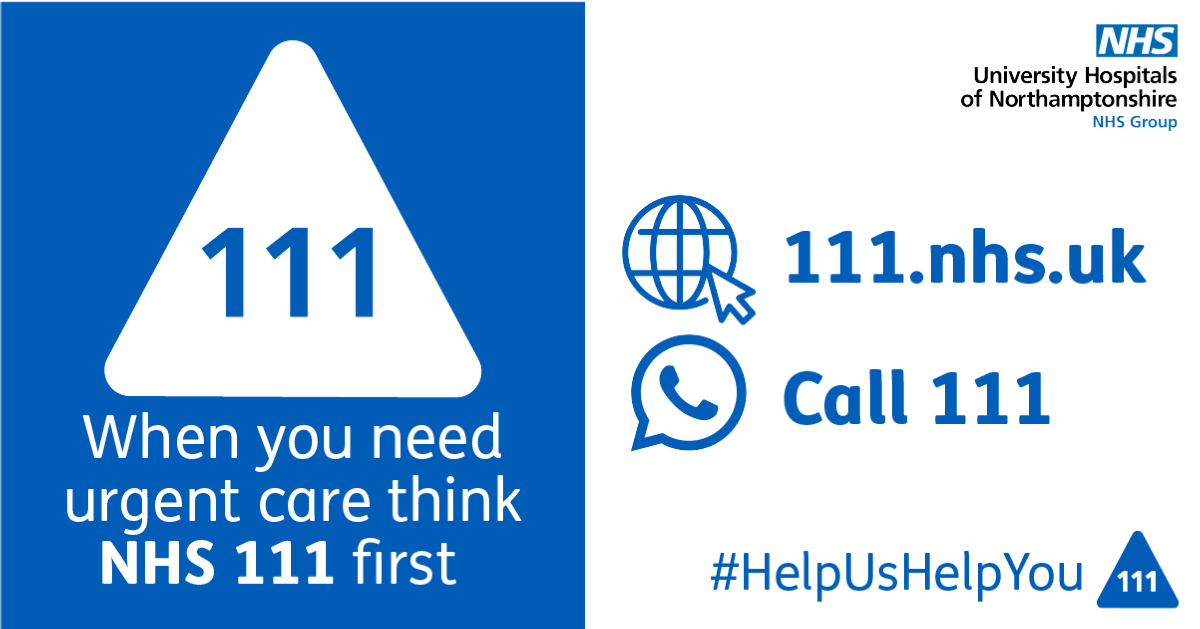