Back to the blog
Kettering General Hospital celebrates its 125th birthday, on Sunday, October 30, 2022.
Since 1897 we have supported the healthcare needs of literally countless thousands of local people from the cradle to the grave.
Hospital Chief Executive Deborah Needham said: “Every year our amazing team of more than 4,000 staff & volunteers work together to support local people through illness and injury and also bring more than 3,700 new babies into the world.
“Over those 125 years our hospital has undergone an amazing transformation and is now almost unrecognisable from its humble beginnings.
“When we opened on October 30, 1897, we had only 22 beds – now we have more than 600.
“In 1897 we had about 10 nurses and a matron – we now have more than 1,000 nurses, midwives, healthcare assistants and other support roles.”

How far medical science has come! 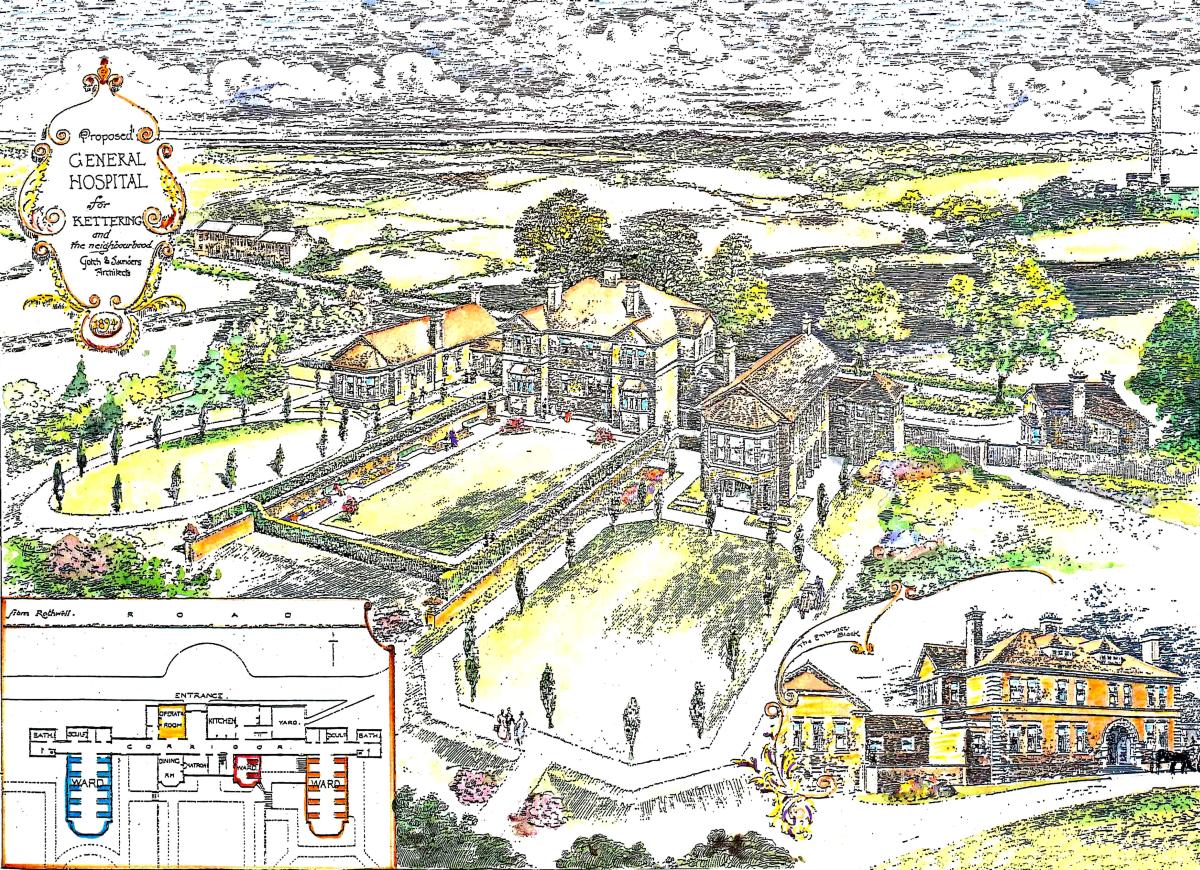 Clinical procedures have also changed beyond all recognition at KGH. Here are some examples of the major improvements we have played our part in providing for local people.

Kettering General Hospital’s Director of Nursing, Midwifery & Allied Health Professionals: Fiona Barnes, said: “While many things have changed in healthcare there are some things that always stay the same.
“The hospital teams provide the individual care that our patients appreciate most when they are often feeling at their most vulnerable.
“They in turn are supported by a huge number of unseen support services including our porters, estates workers, therapists, healthcare scientists, technicians, and clerical and administrative teams.
“Providing that individual high-quality care remains a top priority at KGH and it is a fundamental part of our core values.”

Some landmarks in KGH’s history.

1880s – The case for a general hospital in Kettering was discussed at the Local Board and by Kettering and District Nursing Association
1891 – At a general town meeting the people of Kettering decided they needed a general hospital. They decided that funds should be raised and a General Committee should take the matter in hand. Northampton already had a general hospital that had opened in 1743 but it was 15 miles away at a time largely before motorised transport.
1894 – By now the Hospital Planning Committee was underway and local architects Gotch and Saunders were employed to produce plans and an artist’s impression of the building.
1895 – Fundraising, donations and subscriptions enable work to start in October of that year on the clinic buildings which front Rothwell Road
1897 – On October 30 the Right Honourable CR Spencer formally opened the hospital and there were general celebrations in the town with a band and bell ringing by the parish church. The hospital has 22 beds – including some private beds – in separate wards for men and women. It also has a kitchen, dining room and mortuary and upstairs there were sleeping quarters for the Matron, nurses and servants, an operating room and bathrooms. 120 operations were carried out over the first two years. 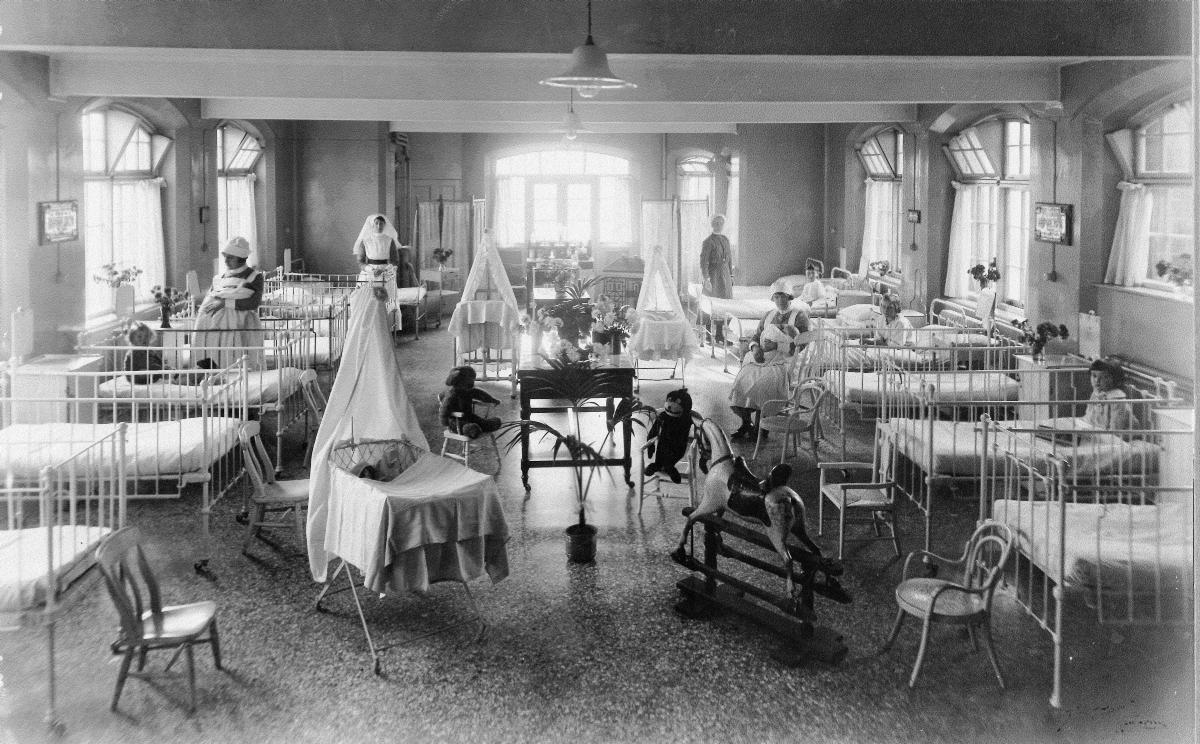 1920 – The first Children’s Ward – with 20 cots – was created as the Frank Berrill Ward. By now the hospital had 75 beds.
1948 – July 5 – the National Health Service (NHS) is created. By now KGH has 129 beds and two operating theatres and five nursing sisters. 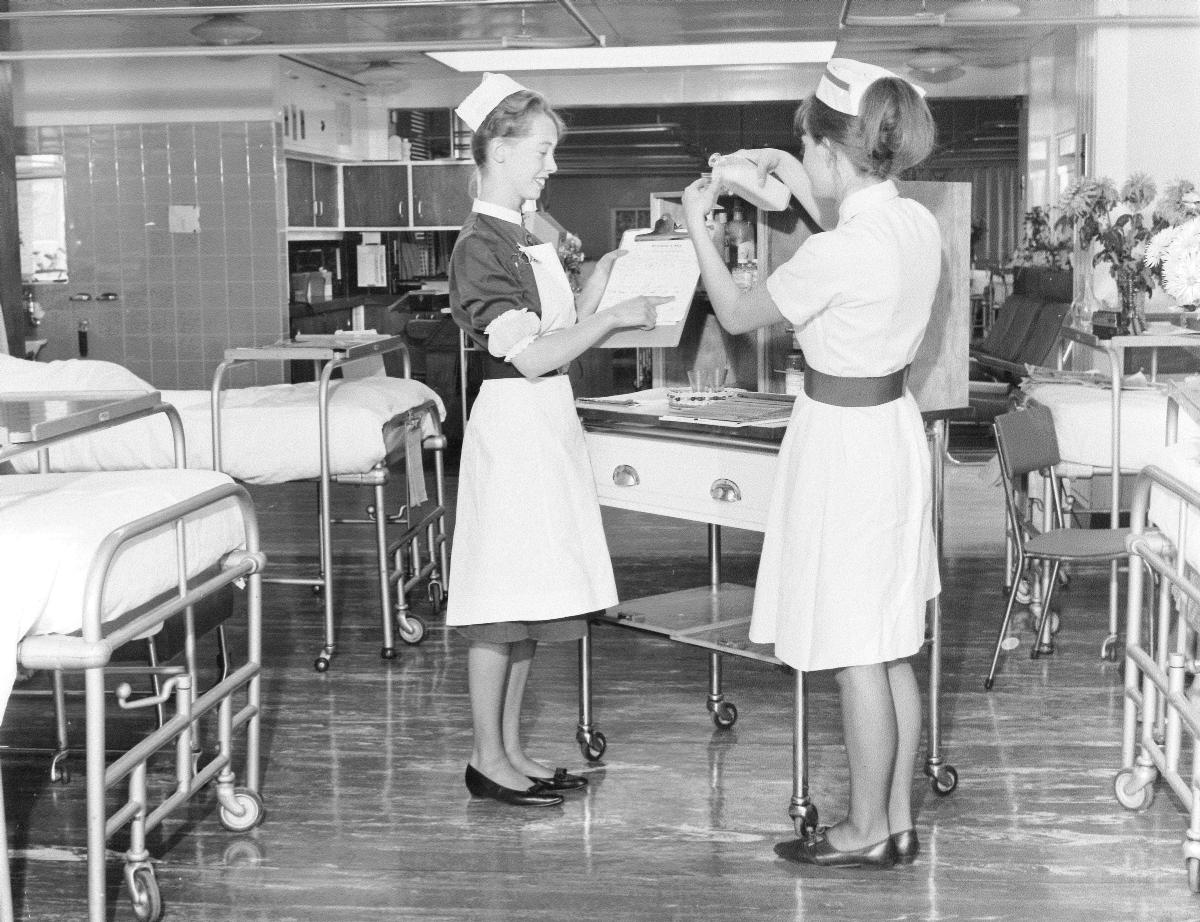 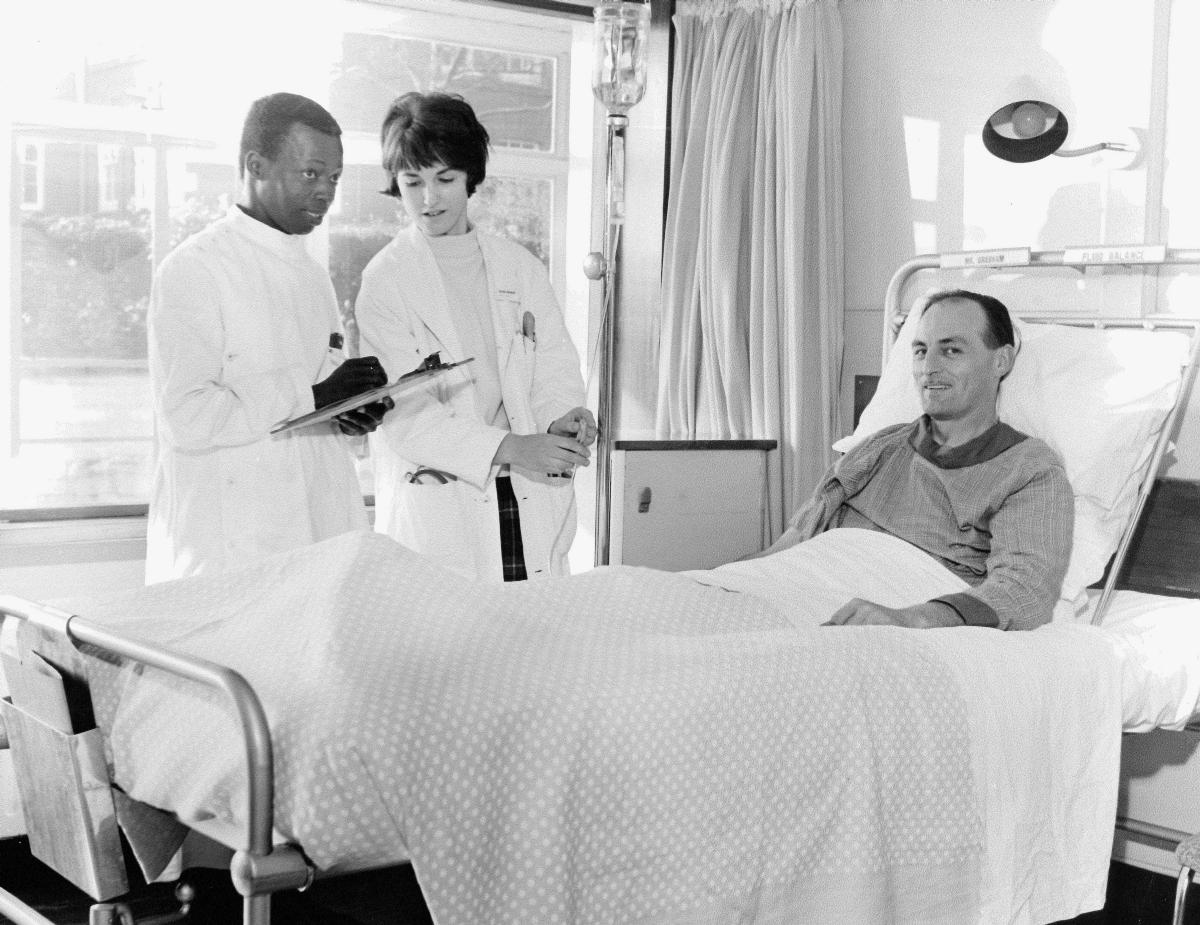 1970s – Work began on a six-storey main ward block (still our main ward block) in 1971 and was completed in 1976. We also built the new Rockingham Wing which opened in 1977 as the hospital’s new maternity and gynaecology department. And the Post Graduate Education Centre opened in 1976.
1980s – New theatres were built for ENT, Eye, Oral and Maxillo-Facial surgery
1990s – The Day Case Unit was built and a new A&E department in 1993 with the Frank Radcliffe Fracture Clinic in 1995.

2000 – The Centenary Wing opened to its first patients following a four year fundraising campaign with the support of the Northamptonshire Evening Telegraph. In 2002 the hospital got its first MRI scanner and in 2003 the £1m Jubilee Wing opened for dermatology patients.
2007 - Our £18m Treatment Centre opened in full to provide a state-of-the-art location for day surgery and a home for the hospital’s breast service on April 2.
2008 – KGH becomes a Foundation Trust and establishes a representative Council of Governors and recruits 5,000 public and staff members.
2008 - We also open our £4.7m Cardiac Centre and treat more than 3,000 local people with heart problems in the first year.
2013 – Opened our £30m new Foundation Wing which houses a new children’s ward, cardiac care wards, and intensive care unit.
2016 - Completed a £5m refurbishment of our maternity unit including building two new maternity theatres and associated recovery areas
2018 – Celebrated 10 years as a bowel cancer screening centre carrying out tests on 10,000 patients and locating 800 cancers.
2018 - Opened a £600,000 simulation suite to enable staff to train on high-tech manikins to improve patient care.
2018- Opened a £2.6m new endoscopy and sterile services extension with the help of one of our patients – The Rev Richard Coles.
2019 - Opened a £1.8m new Maxillo-Facial and Orthodontic Unit doubling the size of the department and significantly improved services for patients – and staff – enabling us to address increased demands on our services.
2019 – Our plans for a £46m Urgent Care Hub were approved by the Government and we were enrolled on the Government’s Health Infrastructure Plan (HIP2) to bid for a hospital rebuild.
2020 – The Covid-19 Pandemic hits the world and our teams transform the way they work to meet the challenge including wearing protective equipment – before vaccines were available – and essentially doubling the size of our intensive care facilities to meet the new demands.
2021 – On July 1, 2021, we officially became part of the University Hospitals of Northamptonshire NHS Group with our partners Northampton General Hospital.

Experiencing unprecedented demand for our services this weekend

Our hospital is experiencing unprecedented demand for our services this weekend, now more than ever we need your support to ensure our staff can care for those who need emergency care, such as choking, chest pain, loss of consciousness, serious blood loss, serious injury.

If you have a minor injury or illness or need urgent treatment Corby Urgent Care Centre is here for you.

If you have a medical concern that is not an emergency, please contact NHS 111 who can give you the right advice and direct you to the right service.

Thank you for your support ❤️