Back to the blog
Mr Julian O’Neill has, until very recently, been the hospital’s sole consultant orthodontist after joining the hospital in January 1994 from John Radcliffe Hospital in Oxford where he was a senior registrar. Since then he has helped thousands of children with teeth and facial problems directly and also worked in tandem with other KGH maxillo-facial surgeons supporting patients who have had major facial surgery.
He said: “The thing I will miss most are my daily interactions with my team and our lovely patients and their parents. For me that has been the best part of the job.
“I have helped thousands of patients from birth up to as late as age 21 in some of our more complex cases such as children born with cleft palates.
“Often the work helps to improve their self-esteem and self-confidence and it is very rewarding.”
Mr O’Neill has striven to develop a state-of-the-art orthodontics unit at Kettering General Hospital and was involved in the development of the hospital’s new Maxillo-Facial Unit which opened in May 2019.
He has also worked with colleagues on important research – notably into thumb sucking and 3D scanning of the mouth.
Mr O’Neill was Clinical Director of the Head and Neck directorate at KGH from 1996-2000 and has been President of the European Federation of Orthodontic Specialist Associations for seven years. He was elected Patron of the British Orthodontic Society in 2019.
KGH Maxillo-Facial Surgeon, Mr Colin Harrop, said: “Julian’s clinical abilities have been second to none and he has supported a huge number of patients – often over many years. “
Consultant Orthodontist Sarah Meadows said: “Julian is one of the main reasons I am here today. True to form he made a career in orthodontics look fun, successful and inspiring.
“His personality and charm has inspired so many. Thank you Julian for my wonderful career choice and for handing over the most brilliant orthodontic service to enable me to continue your legacy.” 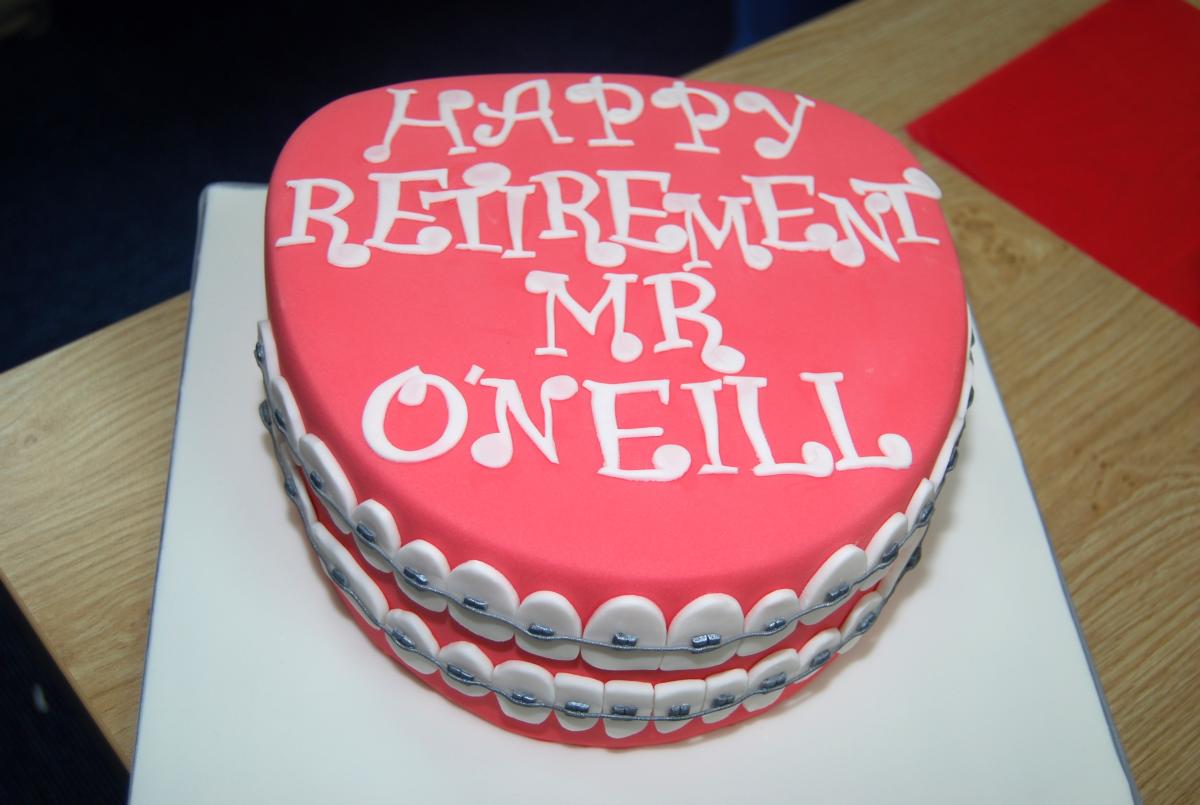 Julian is married to Lizzie and they live in Harringworth. They have three grown-up children, Oliver, Gordon and Kirsten and one grandchild on the way!
In his retirement Julian plans to be active cycling, playing tennis, golf, gardening and driving his classic cars.
In total he has spent 43 years in the NHS after qualifying as a dentist in 1978 and then working in oral surgery at the Royal Victoria Hospital in Belfast during Northern Ireland’s troubles.
He moved to London the following year and worked there for four years in oral surgery.
He re-trained as an orthodontist at the Eastman Dental Institute in London between 1985 and 1987 before joining John Radcliffe Hospital in 1989.