Back to the blog
Kettering General Hospital has completed its contribution to a major ongoing national research trial to see if Bio-Detection dogs can sniff out coronavirus in humans.
A total of 200 KGH staff have now taken part in the work to determine whether dogs can be used as a rapid, non-invasive way of detecting the virus.
If successful, the research – being led by the London School of Hygiene & Tropical Medicine (LSHTM), in collaboration with Medical Detection Dogs and Durham University – could lead to specially-trained Bio-Detection dogs being used at places such as airports to potentially screen up to 250 people per hour for the virus. 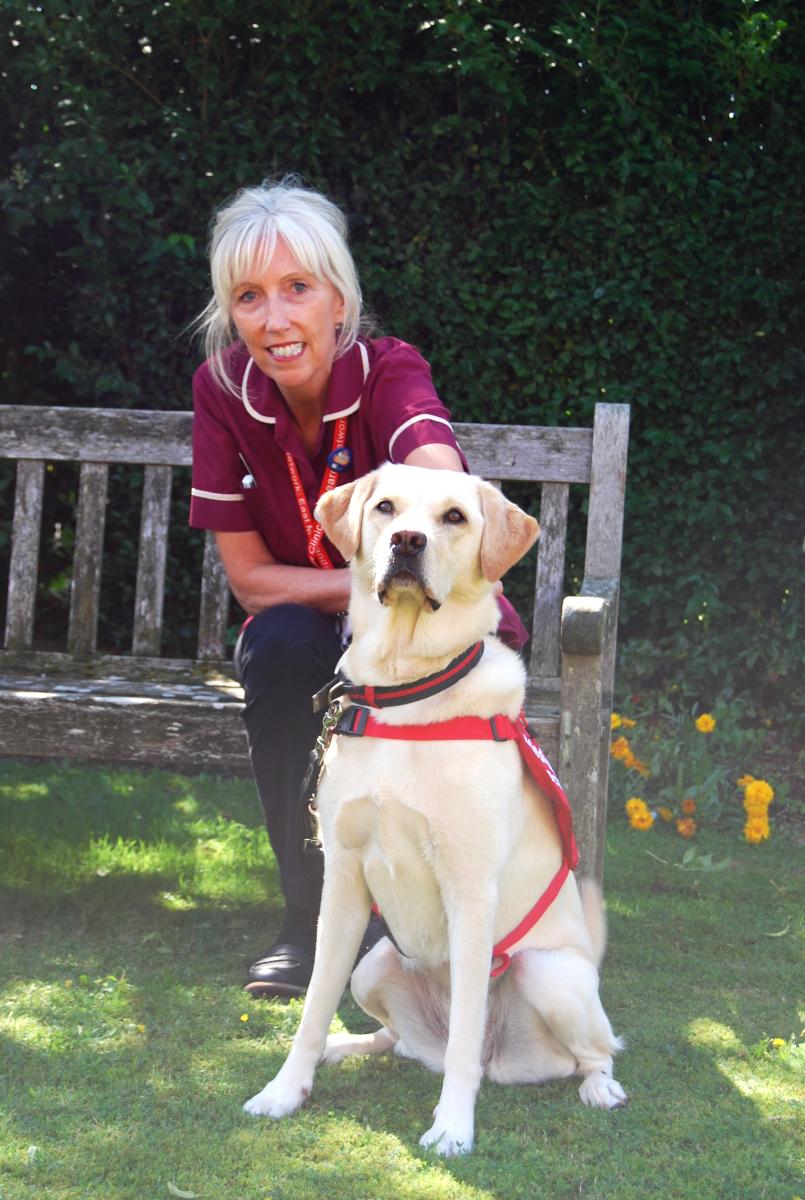 Kettering General Hospital’s Lead Research Nurse Joanne Walsh said: “The trial started in July and for several months we were the lead national contributor to it in terms of the number of staff we encouraged to get involved.
“Our staff wore special masks for three hours and t-shirts and socks for 12 hours and were tested for COVID-19.
“This meant the dogs could sniff samples which were known to be from individuals who had tested positive or negative for COVID-19 to see if they could tell the difference.”
KGH’s Research Team were delighted with the response of their colleagues to supporting the trial – at a difficult and busy time at the hospital.
Respiratory Consultant Dr George Tsaknis was KGH’s Principal Investigator (Lead Doctor) for the trial. He said: “It was fantastic. Our research nurses worked really hard to promote the trial and their dedication and encouragement really paid off in terms of how many volunteers we got to take part.
“We have now fulfilled our quota for a hospital our size of 200 samples so our team have now returned to their normal duties.
“I know that all of the research team want to say a big thank you to every single person who supported the trial.”
Two members of KGH staff who volunteered for the trial described why they thought it was so important.
Bowel screening administrator Sheila Brett said: “The reason I wanted to take part was because I lost my father to Covid-19 in April and my aunt in May. I have also seen my colleagues catching the illness.
“I think it is very important that we find ways of detecting the virus as quickly and easily, and as early, as possible. In this way we can all start to get our lives back to some sort of normal and resume things that we all look forward to, like holidays.”
Finance Analyst Wendy Thorpe said: “Members of my family, including my father, sister, brother-in-law and mother-in-law, all have medical conditions which make them very vulnerable to Covid-19.
“So I was very keen to do absolutely anything I could to help in the fight against it. If this works and dogs are able to detect the virus early on it could really help to prevent the spread of this terrible illness.”
The trail was launched in May by the ARCTEC team at the London School of Hygiene & Tropical Medicine (LSHTM) in collaboration with the charity Medical Detection Dogs and Durham University, funded by the Department for Health and Social Care (DHSC).
Since then 24 NHS Trusts from across the country have been taking part and the trial has been widened to include public participation.
Nationally the aim is to collect 325 positive and 675 negative samples in order to confidently ascertain if these dogs can accurately detect COVID-19
Project lead Professor James Logan, Head of the Department of Disease Control at LSHTM, said: “A huge thank you to all the staff at Kettering General Hospital, and all other NHS staff,
who have supported this important piece of national research. While we are still collecting samples from the general public, the contributions of hospital workers have been a huge help to our trial, and brings us one step closer to finding out the full potential of these dogs in response to the pandemic.
“If successful we will have developed a way to rapidly screen large numbers of people, even if they are asymptomatic, and that will open up a lot of possibilities in how we control COVID-19 in the future.”
If you are interested in volunteering for the trial, you can call the ARCTEC team at LSHTM on 0207 927 2777or send an email to coviddogs@lshtm.ac.uk.
Other benefits the trial brought for KGH
One of the benefits KGH’s research team has seen from the bio-detection dog trial – and COVID-19 research in general – has been an increased willingness and awareness of the importance of research in both patients and staff.
KGH Research Nurse Margaret Turns said: “I think the very high profile of research during the Covid-19 pandemic has had a very positive effect.
“Staff and members of the public seem more willing to take part in research and understand that it is an important contribution to the way we tackle many different medical problems.
“The research we did with the Bio-Detection dogs – and the visit we had from them on August 20 – really raised our profile within the hospital and was a light-hearted moment that made people smile at a time when we were surrounded by a lot of stress and sadness.” 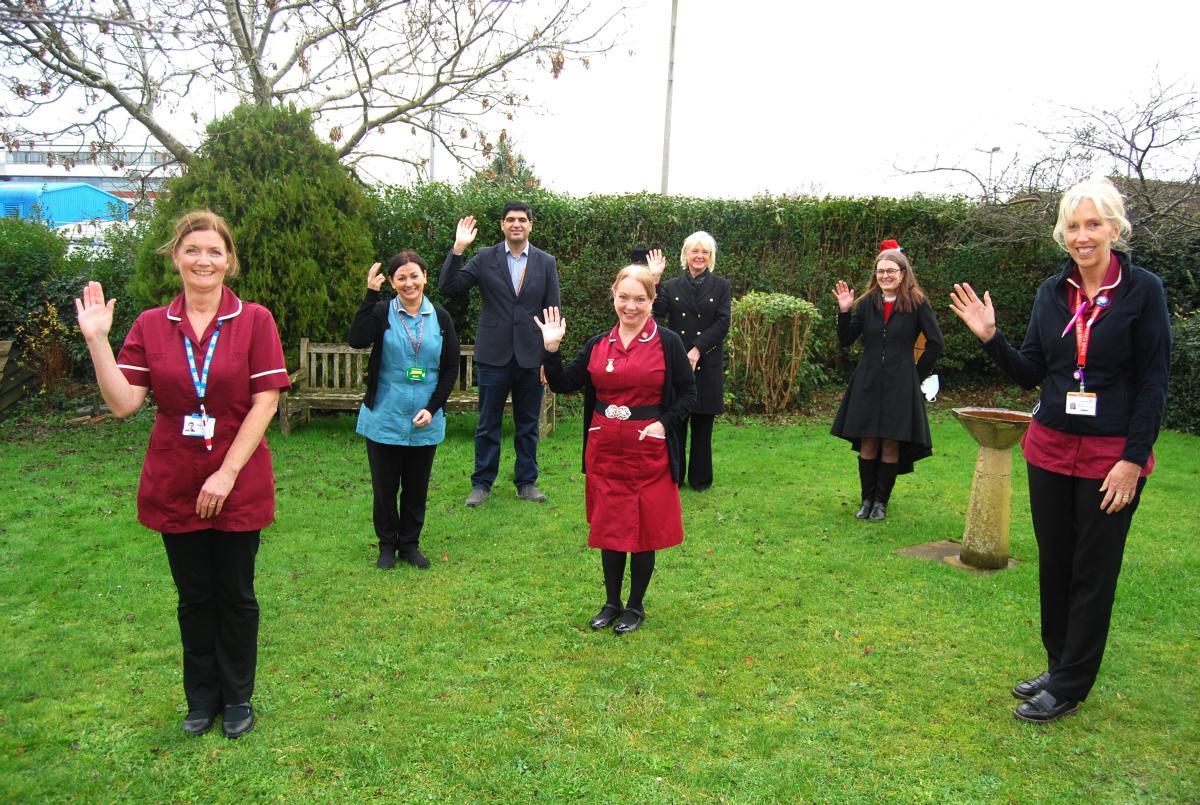