Back to the blog
Kettering General Hospital has completed work on a £300,000 expansion to a major ‘second front door’ emergency care service for patients.
The Same Day Emergency Care (SDEC) service - based next to the main A&E entrance – is for patients who – with specialist input - can be reviewed, treated and discharged on the same day rather than be admitted to a hospital bed.
Work to almost double the size of the unit began on August 24 and was completed on October 22 using space formerly occupied by the outpatients department .
KGH’s Clinical Director for Urgent Care, Dr Adrian Ierina, said: “We have now created an expanded ‘second front door’ for emergency care at the hospital in addition to our A&E department.
“It enables patients who can be treated on the same day to see the right clinician, in the right place, as quickly as possible and be discharged.
“Having a bigger SDEC will help support our overall emergency care response and help us cope with the additional demands we are likely to experience in emergency and medical care arising from the pandemic and the normal additional pressures associated with the Winter months.”
SDEC is for patients with potentially serious conditions such as pneumonia, serious chest infections or pulmonary embolism (blockage of an artery).
Callum Smithson, 30, from Ringstead, was one of the unit’s first patients in its expanded premises – and has used SDEC when it was much smaller and based in the hospital’s main ward block.
He said: “The new unit is amazing. I have a genetic condition which means that a few times each year I have episodes of rhabdomyloysis where my muscles break down and this could lead to serious kidney problems.
“When I start to have an episode I come into SDEC, have blood tests and two or three bags of intravenous fluid to flush my system, and then I am able to go home or back to work.
“It is quick and easy and much better than being admitted to hospital. I have been admitted before and it can take days before people can be confident to let you go.
“At the SDEC I see the right people, right away and can then get straight back to work and to my normal life.”
The expanded department now has eight treatment rooms, two clinic rooms and a socially distanced waiting area occupying most of the hospital’s former outpatient cubicles.
The SDEC will help the Trust prepare for more emergency patients but local people can support the hospital in other ways.
Last week we asked people attending our A&E department to attend alone where possible to ensure that appropriate social distancing can be maintained in the department. We said this because the daily numbers of patients arriving in A&E has risen to up to 250 – similar to pre-pandemic numbers at this time of year, putting pressure on space in our waiting areas. 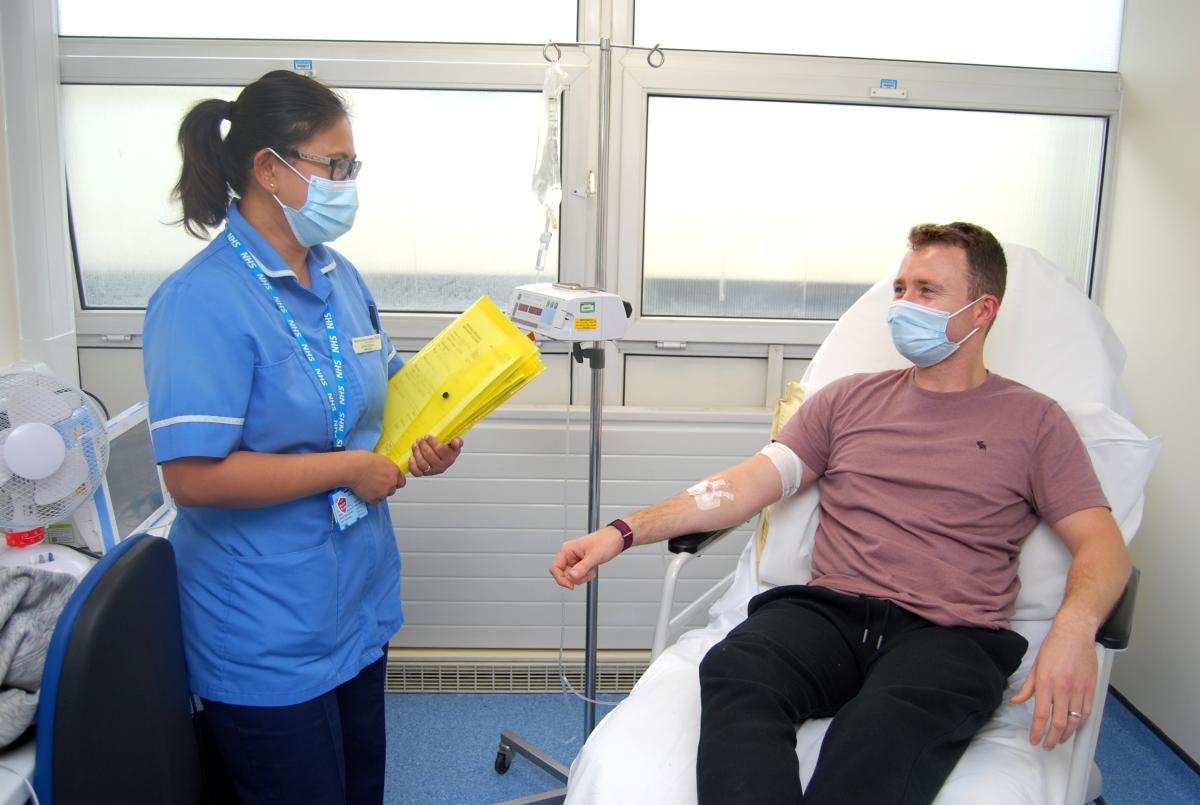 KGH outpatients who have been asked to attend one of our clinic locations are also being asked to only come to clinic five minutes before their appointment time unless otherwise informed to reduce unnecessary pressure in waiting areas.
All patients must wear masks in all of our hospital and outpatient locations, maintain social distancing and wash their hands on arrival and on leaving hospital premises.