Back to the blog
On Monday, November 30 Kettering General Hospital’s Trust Board met to progress plans for rebuilding the hospital site.
It looked at a shortlist of options to deliver a hospital rebuild and agreed a preferred option to take forward to the next stage of business planning.
The options were drawn together by a team of experts in the field and used an appraisal process was carried out in accordance with HM Treasure guidance.
The Board agreed to pursue a rebuild to the level of phase 3 of its five phase long term plan.
It noted:
Achieving phase 3 would give the hospital three major new six-storey state-of-the-art buildings housing the Urgent Care Hub, new ward blocks, new operating theatres and improve accommodation for key services. It would bring more than 80 per cent of the hospital’s buildings up to modern standards - at the moment only 20 per cent of its buildings are up to standard.
The Board unanimously agreed to purse the option for a phase 3 rebuild and to redouble its efforts to secure funding for this with the support of local MPs, its Governing body and the local community.
The first business case will be submitted in March 2021 with others following in 2022 and 2023 with increasing levels of clinical and design details.
Over the next three to four months the Trust will now work-up and pursue funding for the first phase of development and will work with its local and national stakeholders to progress its plans. 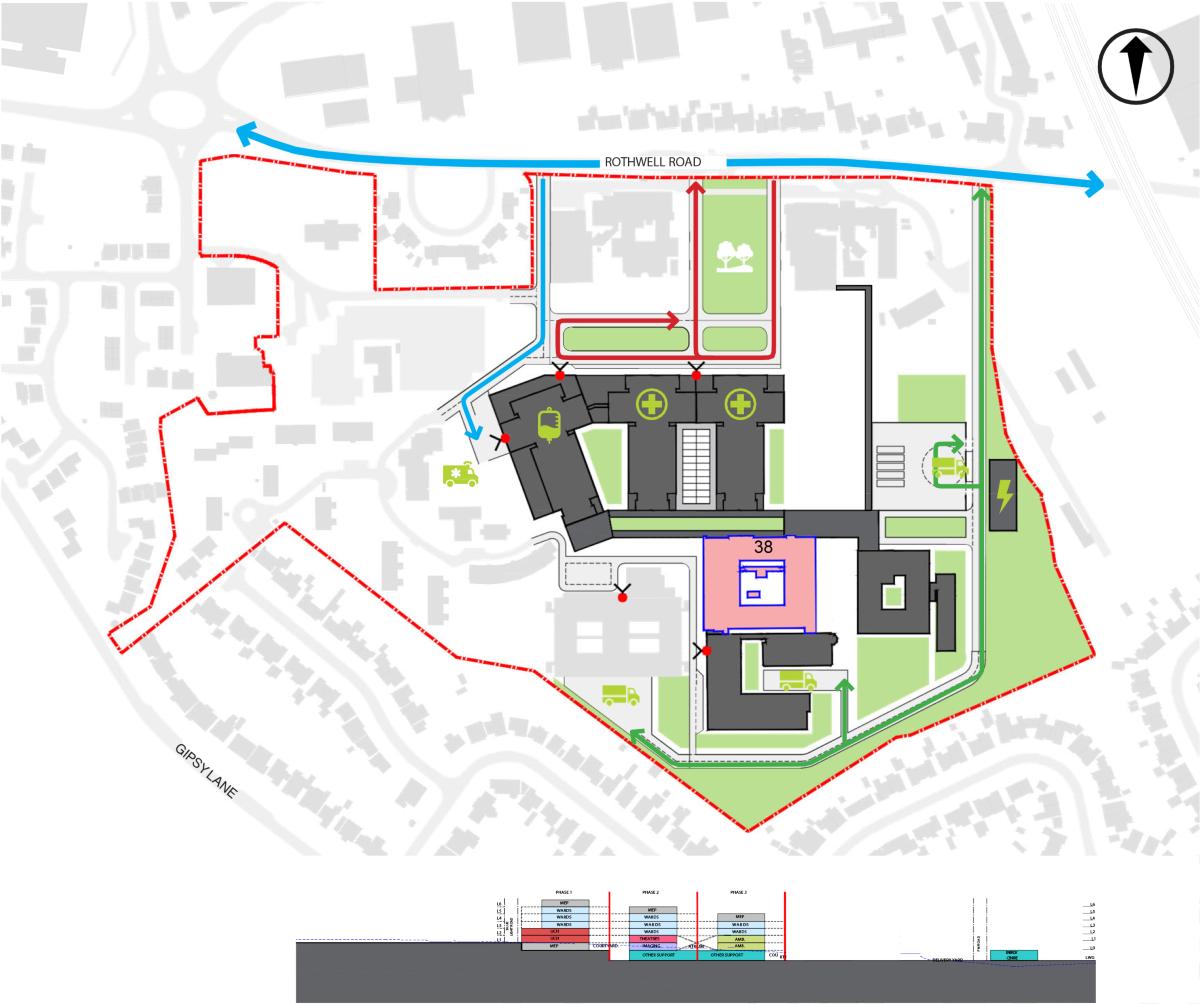 The plan picture shows what the hospital could look like at phase 3. The four proposed new dark grey buildings marked with green symbols are the new Urgent Care Hub, ward blocks and energy centre. The other two grey buildings in the bottom of the diagram are the Foundation Wing and Treatment Centre – the only existing buildings which are currently up to modern standards on the hospital site.