Kettering General Hospital has illuminated its maternity department with pink and blue lights to show its support for Baby Loss Awareness Week 2019 (October 9-15).

The annual awareness week, now in its 17th year, is an opportunity for bereaved parents, families and friends, to commemorate babies’ lives and break the silence around pregnancy and baby loss in the UK.

“The aim of the week is to raise awareness about baby loss and talk openly about the impact it has on families.

“In addition to illuminating the trees around maternity – which in turn will illuminate the building – we will be having a display in the foyer of the main block throughout the week.

“The display will be manned by midwives between 10.30am-12.30pm and 1.30pm-3.30pm and people will have the opportunity to chat with them about baby loss.” 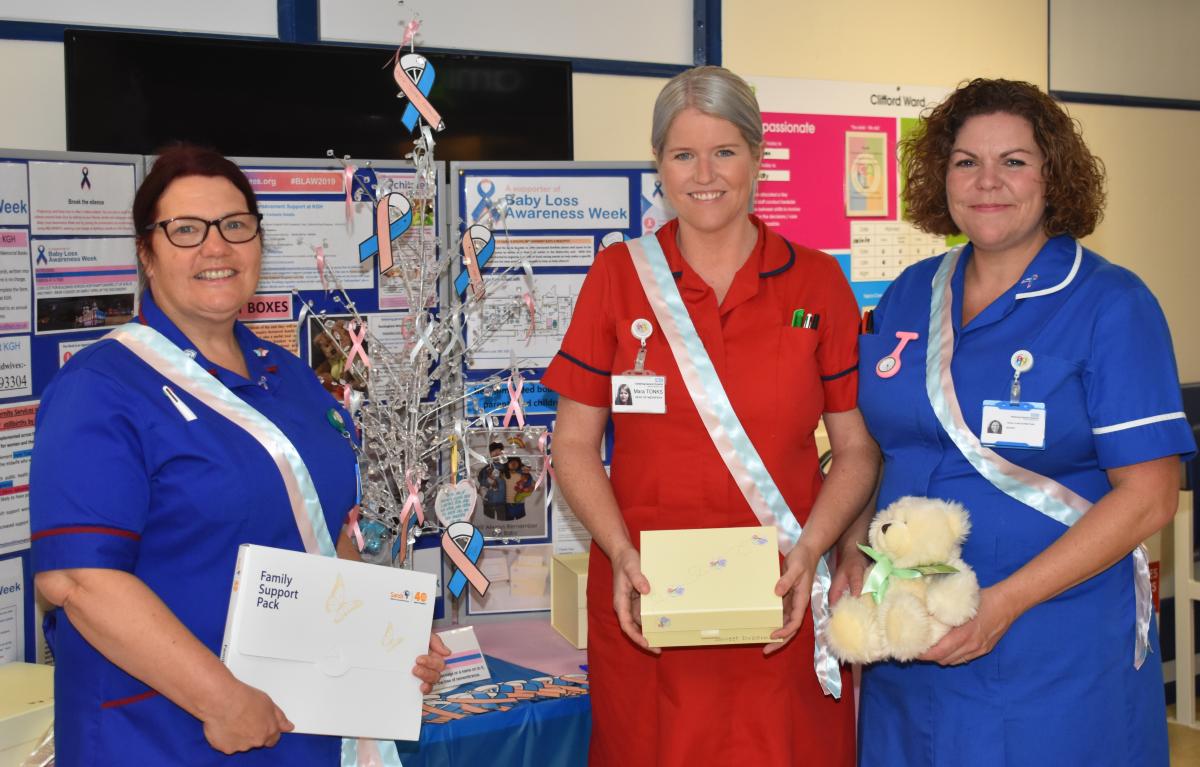 Anyone in Kettering can share their photos of on social media with the hashtag #BLAW2019.

Clea Harmer, Chief Executive of Sands (stillbirth and neonatal death charity), said: “Baby Loss Awareness Week is a unique opportunity for parents to commemorate their babies who died.  I hope bereaved families in Kettering seeing name of the building or landmark lit up pink and blue will feel less isolated and alone in their grief.

“Pregnancy loss or the death of a baby is a tragedy that affects thousands of people every year. It is devastating for parents and families and it’s vital they get the bereavement support and care they need, for as long as they need it.”

Baby Loss Awareness Week will culminate in a global Wave of Light at 7pm on Tuesday October 15 (which is International Pregnancy & Infant Loss Remembrance Day).

The Wave of Light is where organisations and individuals will turn on their lights or light candles in memory of lost babies and keep them burning for an hour – and post pictures on social media.

KGH Chaplain the Rev Neil Tyrer will be supporting the Wave of Light at a service on Tuesday October 15 at 7pm, at St Michaels Church, in Garfield Street, Kettering.